Mono Microphone, Wax Discs, Needles And An Oven: The Recording Process In 1928

The audio technology of the time was very different from today, and the effort put into making these recordings is astonishing. Columbia Graphophone Company (which then became Columbia Records), one of the first gramophone companies in the UK, was behind the recording process. Their headquarters were in 8-11 Great Castle street at the time.

To start with, the medium used was a wax disc, engraved by a needle. The wax disc would then be metallized to create a “master” with which mass production of shellac discs would be done. Shellac is a resin (secreted by a bug) that predates the more widespread and recent polyvinyl chloride used for vinyl records. The equipment needed for the realtime engraving of the wax disc would take up an entire room, and was composed of: electric batteries to supply the power, ovens to soften the wax in preparation of the engraving, and vacuum tube amplifiers to amplify the microphone signal to the level necessary to drive the needle motor. The microphone would be attached with a very long cable running from the equipment room to the street, often hanging from windows. The exact locations for the recordings were thus subject to finding an available space for the installation of the recording equipment.

Since only one microphone was used, the recordings are monophonic, thus the sound appears to come always from the center in front of the listener, with no spatial reproduction of the original location of the sounds in relation to the microphone location.

A great video from that time that shows the process from the preparation of the wax in the Columbia Records lab to the recording studio and finally to the mass production of shellac discs in the Columbia factory is available here:

The Digitisation Process Of The Shellac Discs

The 78 records were digitised into an Avid ProTools HD system in the Electronic Music Studios at Goldsmiths in mid-January 2019. Playback was from a Stanton ST150 M2 turntable equipped with a specially adapted cartridge for shellac discs. Digitisation was done at the highest bit depth and sample rate available – 24 bit 192kHz WAV format – in accordance with audio preservation guidelines derived from the IASA (International Association of Sound and Audiovisual Archives), specifically, their 2009 publication Guidelines on the Production and Preservation of Digital Audio Objects.

There was no information included as to the technical provenance of the recordings, though photographs were taken of each disc label to capture any available data. All of the discs, with one notable exception, had a label stating “TEST RECORD, C. G. Co., Ltd”, which would indicate that these are first generation copies from the original recordings made by the Columbia Gramophone Company. The ‘Factory/Recording Report’ field on the disc labels hold scant information – “weak”, “fair”, “good”, “very good’ etc. - though in a few instances there are notes such as “barrel organ drowned by traffic” or “traffic drowning street musician”. 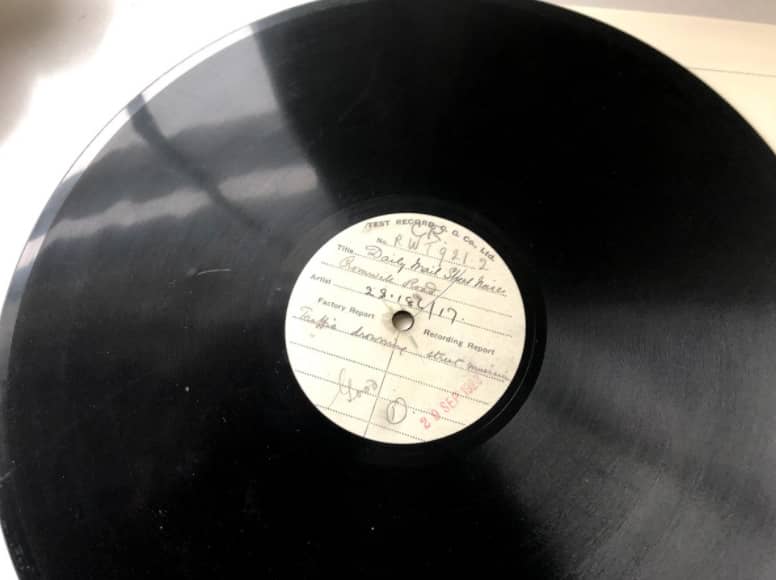 An Equalisation Curve would normally be applied, concomitant to the one used on the original record cutting equipment, but since that information is impossible to ascertain – unless one resorts to pure guesswork - no equalisation was applied at the digitisation stage, preserving each audio artefact (to use IASA terminology) intact. The pre-equalization of records, particularly 78 rpm shellac, was a standard technique used to circumvent the limitations of the medium, governed as much by the type of disc cutter head as by the record company’s own regulations. Playback Equalisation Curves for 78 rpm records were not standardised and many dozens were in use during the first half of the twentieth century – e.g. European 78 (1926-46), Blumlein 300 (1927-46), Columbia 78 (1938-48), Decca 78 (1944-56) etc. As a general rule American EQ curves would cut bass and boost treble whereas European ones applied minimum bass attenuation and with little or no treble boost. 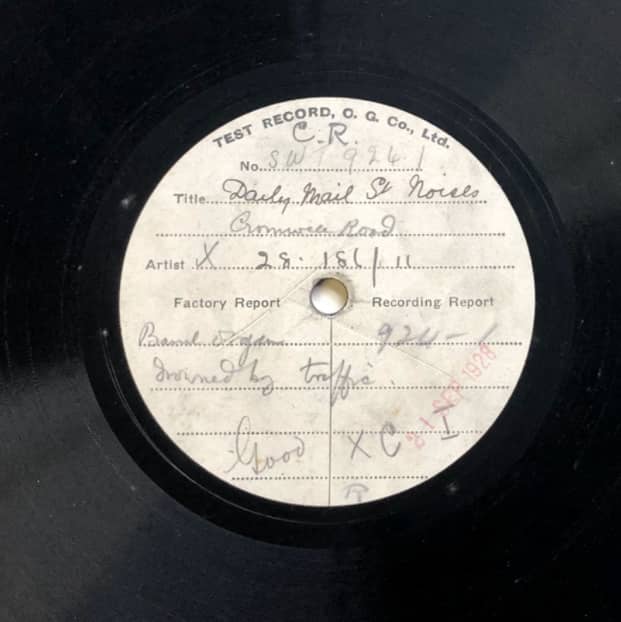 Listening copies were made from these digitised masters, again with no equalisation, though trimmed accurately to the start/end of the programme material. Some tests were made using iZotope RX audio restoration software with a view to potentially make cleaned-up versions with the careful removal of disc surface noise, clicks and scratches. Given the poor signal-to-noise ratio of the discs it was clear that even limited application of restoration software could significantly alter the sonic profile of the material present. This is more critical given that these were field recordings made on what was a ‘vocal/musical’ medium with a limited bandwidth to match. Electric recording technology arrived only three years before these recordings were originally made in 1928, so the frequency bandwidth would be in the range of 100-5,000Hz at best, a narrower bandwidth than a grand piano, notably its lowest two octaves.

Stereo Microphone And A Solid State Digital Recorder: The Recording Process In 2018

In contrast, the equipment used for the recordings taken in 2018 and 2020 relies on a Sound Devices Mix Pre 6 multitrack field recorder that fits in a bag, and on a handheld Audio Technica BP4025 X/Y Stereo Large diaphragm microphone in back to back configuration, with a Rycote windshield. This allowed us to capture the soundscape width and depth, which is clearly perceivable when listening to these modern recordings on a good pair of headphones or loudspeaker system, with vehicles pass-by and ambient sounds realistically reproduced in space. The recordings taken in this way are then transferred from the recorder SD card straight to a computer for editing and publication on SoundCloud. 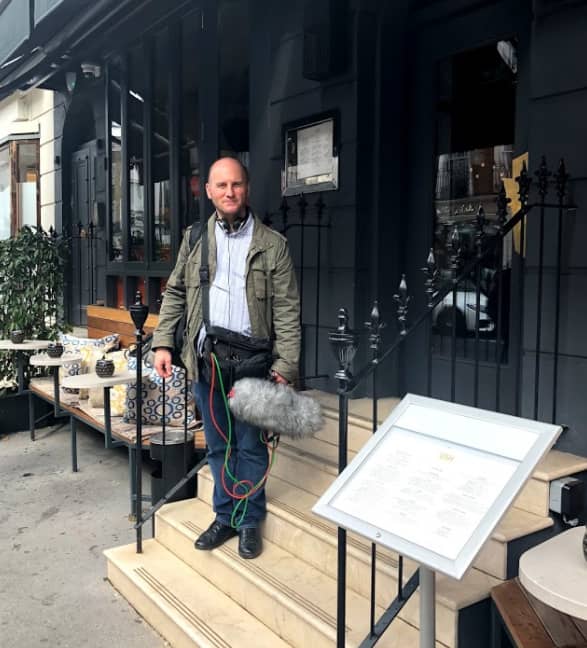 In the picture, John Drever with his equipment. The microphone is contained in what is called a “blimp”, a windproof enclosure to avoid wind noise, and with an additional furry layer of windproofing also friendly known as a “dead cat”.