This projected started in 2008, John Levack Drever, Professor of Acoustic Ecology at Goldsmiths, University of London, accompanied by PhD researchers at the time, Dr Tsai-Wei Chen and Dr Marcus Leadley, went out to record the two locations in London, Leicester Square and Beauchamp Place, presented on a 1928 Columbia Gramophone recording titled, London Street Noises, on the occasion of the 80th anniversary of those recordings. 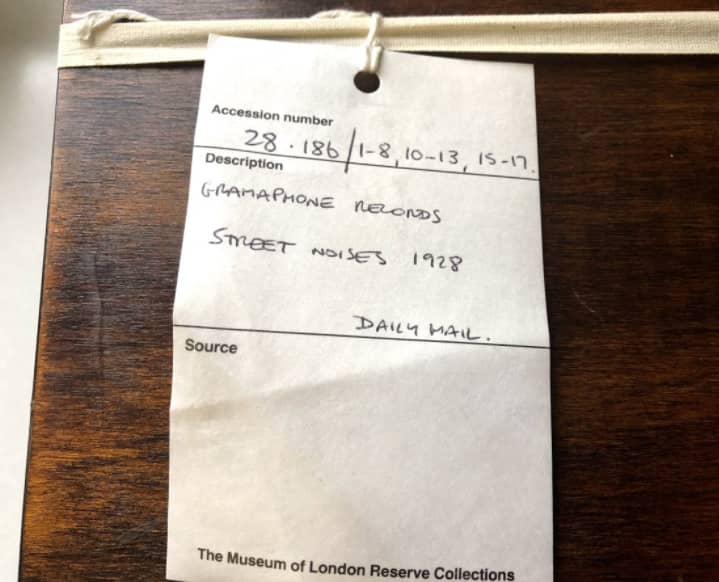 This disc had sparked interest as it provided a unique example of an attempt to record an everyday urban soundscape. As well as music, Columbia was producing commercial sound effect 78rpms discs at this time, which often included actual field recordings made on-location among the more obviously deliberate sound effects such as animal calls made by human voices, but here we had a clear attempt to record a specific location in an attempt to draw awareness to the pressing issues of the urban soundscape of the day. One key feature of these recordings is the in situ real time commentary from a Commander Daniel, who not introduces the time, date and location of the recordings, but also provides a running opinion on specific transport sounds that he feels are inappropriate.

Digging further, Drever began to look through back issues of the Daily Mail from this time, and found a trove of articles and commentaries on the project’s motivation, conceptual underpinnings and findings, including photos and technical details. He also looked into the background of the owner of the authoritative voice, Commande Daniel, and learned of his recent departure from the Royal Navy, due to his involvement in the Royal Oak Affair, a cause célèbre of the day. 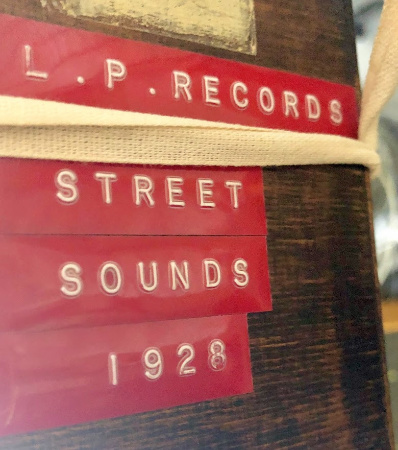 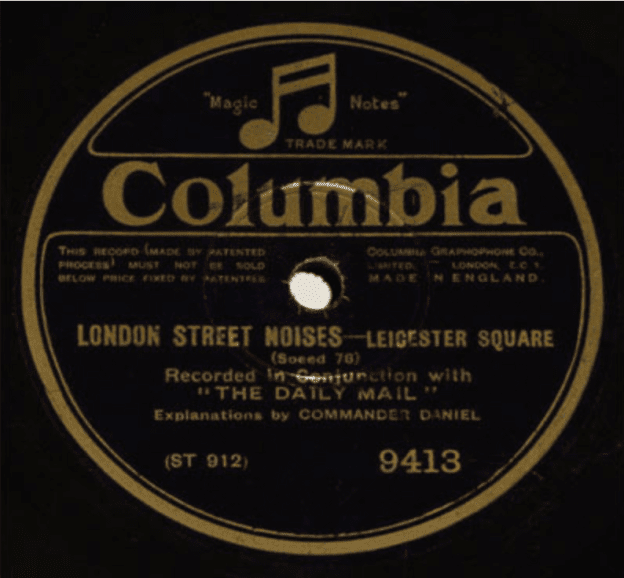 Collaboration with the Museum of London

This website curates edited versions of the historical recordings and the ones Drever collected later on and makes them publicly available through a sound map.

In addition to contributing to the collective memory of London through the creative use of archival sound recordings alongside the recent ones, this project invites members of the public to think critically and imaginatively about the sonic environment in which we live. The past and present soundscapes exemplify some of the many possibilities of how one particular location can sound like and forces us to think about how it might evolve, the historicity of the recording technologies, listening, noise as a public issue and sound as a component of everyday life.

Gathering meaningful feedback on the historical as well as current soundscape is an important aspect of this project. It is not only an invitation to focus deeper on listening to the sounds around us, but the project can ultimately be seen as an important effort in promoting the democratisation of the decision-making process of soundscape in urban planning and policy-making.

We are very interested in public engagement opportunities to make the recordings and their story more widely known. In 2019, Drever teamed up with Soundscape SIG members Mattia Cobianchi and Aysegul Yildirim to make some historical recordings publicly available for a limited time for the first time in the form of a geo-located soundwalk as part of the global festival Sound Walk September. In 2020, with Carmen Rosas Perez joining the team, the recordings are now permanently exhibited in the form of a sound map through this website, along with texts and commentaries. We are planning more events and they will all be announced through this website and our social media platforms. 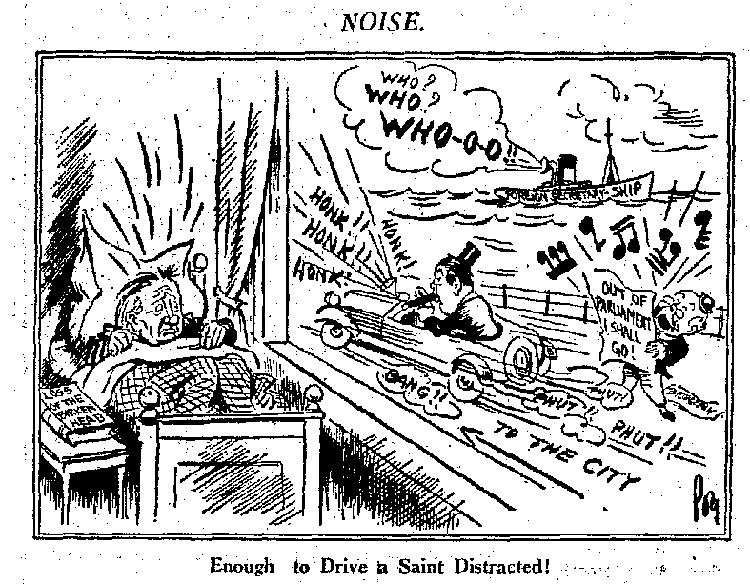 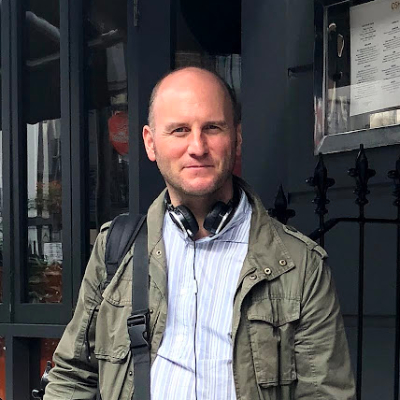 Operating at the intersection of acoustics, audiology, urban design, sound art, soundscape studies, and experimental music, John Drever’s practice represents an ongoing inquiry into the perception, design and practice of everyday environmental sound. He has a special interest in soundscape methods, in particular field recording and soundwalking. Resulting from the findings of his study on the noise impact of high-speed hand dryers, Drever has been attempting to reconceptualize hearing in sound practice that diverges from a paradigm predicated on a singular, idealized, symmetrical model of hearing (i.e. the auraltypical) that has predominated. Drever is Professor of Acoustic Ecology and Sound Art at Goldsmiths, University of London, where he co-leads the Unit for Sound Practice Research (SPR). He is Goldsmiths’ academic lead for the PhD consortium, CHASE. In 1998 he co-founded and chaired the UK and Ireland Soundscape Community (a regional affiliate of the World Forum for Acoustic Ecology) for whom he chaired Sound Practice: the 1st UKISC Conference on sound, culture and environments in 2001 at Dartington College of Arts. Drever is an avid collaborator and has devised work in many different configurations and contexts. Commissions range from the Groupe de Recherches Musicales, France (1999), WDR Studio Akustische Kunst, Germany (2011), Shiga National Museum, Japan (2012). As a core member of arts collective Blind Ditch, he is currently working on the Common Line project, Britain’s first linear forest https://thecommonline.uk/ Drever is an Academician of The Academy of Urbanism, Fellow of the Royal Geographical Society, Member of the Institute of Acoustics and Audio Engineering Society and Fellow of the Royal Society of Arts. He is a Visiting Research Fellow at Seian University of Art and Design, Japan. In the summer of 2017 he was a Guest Professor in The Department of Digital Design and Information Studies, Aarhus University, Denmark and in the autumn of 2007, he was a Visiting Scholar, at the School of Creative Media, City University of Hong Kong. 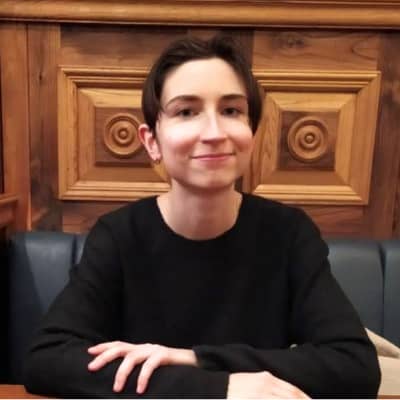 Aysegul is a PhD researcher in the Sociology department at Goldsmiths, University of London. She explores different aspects of noise disturbances, aircraft noise in particular, as a systematic environmental and social harm that is largely unaddressed within the relevant fields of social sciences. Having examined the concept of social harm in her master’s thesis, she now attempts to apply this approach to an empirical study of noise. She tries to find out the effects of the complex institutional, structural and historical matters on the way we are affected by noise. 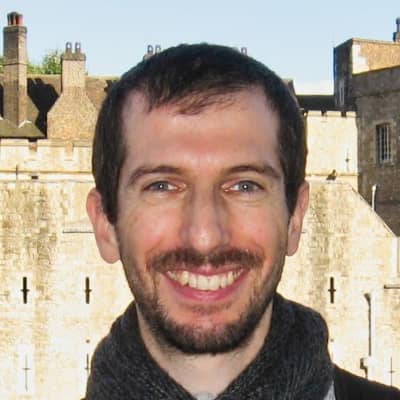 I’m an acoustic and transducer engineer, and a PhD student at Goldsmiths University of London. I enjoy a professional life in audio and an academic life as a researcher in adaptive soundscape composition thanks to a collaborative doctoral award funded by CHASE and in collaboration with the Noise Abatement Society. I'm interested in everything related to vibrations, noise, sound and music: electroacoustics, psychoacoustics, noise management, the soundscape approach and audio processing and synthesis. In my practice, the word electroacoustics implies both the physics of transforming electricity into sound through transduction, as much as the use of loudspeakers and amplified sound to reshape the sonic environment around us. 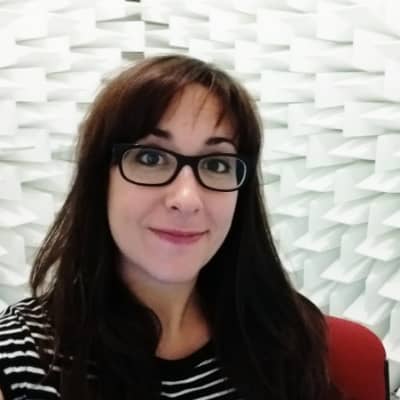 I’m an acoustic and audio engineer, now a PhD student at Heriot-Watt University in Edinburgh researching the impact of positive indoor soundscapes. I've also studied perception and human response to low frequency sounds in buildings as a Marie Sklodowska-Curie fellow at Chalmers University of Technology in Sweden. After an initial interest in architecture, I realised that I wanted to know more about the sounds around us and their impact on our lives. I enjoy listening to and recording natural and urban soundscapes. I’m also passionate about nature conservation and wildlife, and when I'm not coding or reading in front of a computer I’m probably out and about in a park or nature reserve walking and birdwatching.